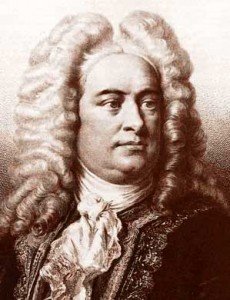 Boston area Messiah performances will be coming is all sizes, colors, and shapes from Boston Baroque, Trinity Church, the Concord Chorus, Masterworks Chorale, Music Worcester, and the Rhode Island Philharmonic. The choice is yours from among the links to a dozen performances which BMInt lists below. But it is only the Handel and Hayden Society, whose seasonal run begins tonight, whose venerable history commences with the American premiere of the piece in 1818. H &H can claim 161 annual runs, with the promise of its imminent 400th performance.

This year the young American singer Joélle Harvey is stepping into the solo soprano role. She recently debuted with the Royal Opera, Covent Garden, and is familiar in Boston from previous appearances with H&H in Handel’s Jephtha and Samson. She has also established an impressive resume of Messiah performances with modern and historically informed orchestras alike. She spoke with BMInt by telephone about her upcoming performances and past experiences.

BP: Going back to the very early days of your career, you sang in the soprano section for various Messiah performances. How does it feel to get to know a piece from that perspective, and then later find yourself in a solo role?

JH: I think the chorus gets to sing such great music and such varied music, and it’s amazing to sing in a group like that. It’s very different, of course, singing chorally versus singing as a soloist, but I think everyone feels very much a part of the piece. It’s almost hard for me not to sing along sometimes with the chorus because I know all the music practically by heart.

When did you first sing the soprano solos in Messiah?

It was Harry Bicket and The English Concert for a tour in Spain in 2010, and I was called four or five days before. They lost their soprano, and they wrote to ask if I would be available, and I had never sung as a soloist before. I woke up to the email from my European manager and kind of freaked out, looked at it to see if I could learn it, coached a couple of times, and flew to London. It was a great experience. I’m grateful that my first time was with a Baroque ensemble and a Baroque specialist conductor. Then I think I did three Messiahs the following year.

And you’ve since performed it with the New York Philharmonic, the San Francisco Symphony, and the Kansas City Symphony. How is Handel and Haydn different?

Well, the biggest difference is H&H does it at Baroque pitch. I don’t know that I should say I prefer it at any pitch, but some arias are nicer to do at Baroque pitch. You understand more what Handel meant. But so much is also dependent on the conductor. Yesterday in rehearsal [tenor] Allan Clayton was singing one of his arias and Harry Christophers had the orchestra do something I’d never heard before. It was just that it had—well, the phrase meant more. They weren’t just playing it, doing typical dynamic differences, there was actual emotion in the phrase.

What has it been like working with the other soloists so far?

Allan and I did it last year with the Phil, so it’s nice to sing with people again, especially people you respect and admire. And I saw [countertenor] Tim Mead sing at Glyndebourne this summer, and Allan Clayton, the bass—he and I did a recording together. So it feels very nice, and we get along very well. I’m the only American, and I find in general, there’s more attention to text from English singers. It’s not so much about producing the perfect sound all the time, it’s more about communicating.

Tell me about your preparation process for a solo appearance like this.

With Messiah, you have to review what version the group is doing, and it usually ends up being lots of paper clips. But as far as preparing vocally, I’ll sing through passages I know will be difficult, review the cadenzas, just little things like that. A lot of things at this point in my career are up to the conductor, so being open to new ideas is very important.

Do you have a particular impressions, or a specific take, on the soprano role in Messiah?

She kind of doesn’t do anything for a long time! The only recitative she has—the angel has—is the Christmas story that everybody knows from A Charlie Brown Christmas. That’s really about communicating and being simple and direct, and then you get to sing “Rejoice,” which is this amazing aria. A lot of people know it as fun and exciting, but the B-section especially I think can be very touching and poignant. Then there is “If God be for us, who can be against us?” It’s sometimes cut, but I think it’s a very powerful aria, and it’s beautiful, and I am really looking forward to being able to sing that. Altogether it’s a fair amount of singing, but it doesn’t feel too taxing, I think because I love each piece so much.

How did you connect with H&H and end up being hired for this role?

I’ve heard different stories. Marie-Hélène Bernard [H&H Executive Director and CEO] said she saw me sing Zerlina in Don Giovanni with New York City Opera in 2009. But the first Messiah I did is on YouTube, and Harry said he saw that. The first time I worked with Harry, though, was for his other group, The Sixteen. Then the first time I sang with H&H was Jephtha, which I think was in 2013. We did some performances in California, and we came back here and did some performances here. And this past spring I did [Handel’s] Samson.

Is YouTube frequently a path for younger singers to land solo appearances?

The possibilities with YouTube certainly have grown. You have to be careful with what’s on there, but I think part of the reason I’ve been hired for so many Messiahs is largely due to that one being available online, so I’m very glad that was recorded. It’s also a good way if the artistic administrator of a company wants you for a role, but you don’t know the conductor or the director, you can record something and more than half of the time it ends up working out and they don’t need to hear you live or onstage or in a room.

Looking ahead, you’re returning to Boston in March for Bach’s St. Matthew Passion with H&H. How are you feeling about that?

I’m excited to do it. I’ve never sung St. Matthew as a soloist, but I did sing in the chorus, and the chorus plays so many different roles in the piece. The soprano doesn’t do that much, but it’s such an amazing piece of work I think it’ll be nice to hear everything.

And in the meantime, what do you love most about Messiah?

I think the more I do Messiah, the more I love the piece. I really love singing everything I get to sing, but what’s really exciting is sitting on stage and hearing this music come from behind. I hope I can do Messiah forever, it’s one of my favorite pieces to sing.

Here’s a list of links to this year’s local performances:

Concord Chorus (in May!):