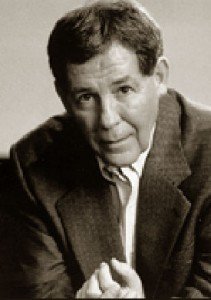 Donald Teeters’s sudden death, last August, continues to reverberate. This Sunday afternoon Boston Cecilia, All Saints Brookline chorus and an orchestra led by Nicholas White with concertmaster Dan Stepner will be offering a performance of the Mozart Requiem in tribute to the former music director of the church and the chorus. (See also the BMInt encomium here, with numerous comments and reminiscences.) BMInt spoke recently with Joshua Collier, a soloist for Cecilia when Teeters was music director and a ringer in the chorus for the last concert. He is one of the organizers of this event, the orchestral contractor, and the tenor soloist.

LE: Did this piece have any special connection with Don?

JC: Absolutely—this piece is (I still have a difficult time using the past tense when referring to him) terrifically important to Don. We had many post-rehearsal conversations about the nature of the musical settings of the requiem texts.

Speaking of Britten (for whom we both share an affinity) and Verdi, the settings are far too theatrical and operatic. Durufle and Brahms, while beautiful, were more musically dependent than textually. In Don’s estimation, the Mozart Requiem combined the perfect balance of theatricality, musical excellence, and attention to the liturgical text, making it the epitome of Requiem.

Will there be eulogies or spoken remembrances?

We are still finalizing the details of the service, but I believe there will be a vespers service from the Episcopal prayer book, and at the end of the service, at 6pm, a performance of the Requiem—in the service but not as the Mass settings.

How will this event differ from the other memorials, such as the funeral and the recent Cecilia concert dedicated to Don?

The funeral service was primarily intended for the All Saints family to come together and grieve; therefore, the only performers were those from ASP. The Cecilia concert enlisted only the voices of the Cecilia. These are the two most prominent organizations that Don worked with his entire life. Each offered a somewhat private event to his memory. This one is a combination of all forces. In talking with Nick, we knew we wanted to have an orchestra, and we knew we wanted to offer the opportunity for anyone at ASP or in TBC to sing. In assembling the orchestra, I went through (with the help of cellist Shannon Snapp) decades-old programs from the Cecilia”s concerts, and found recurring names in the orchestras and called them to play. In approaching the instrumentalists, I told everyone that this was an orchestra of Don’s friends. To that end, Daniel Stepner is concertmaster, and it is an incredible roster of orchestral members. Those you’ll see on Sunday are all performers who moved mountains in their schedules in order to honor Don.

What version of the Requiem will you be using?

We will be using the Barenreiter edition of the Süssmayr completion. I can still hear Don over chicken noodle soup at the Soup Factory in Brookline in March (before our performance at ASP), clear as day in his impish and rather pragmatic voice, discussing whether to play the completion.  “He [Mozart] died and the piece had to be finished. The show must go on.” And so for Don it will.

What will it be like to hear Robert Honeysucker sing the Tuba Mirum?

We had our soloist rehearsal yesterday and I can honestly say that I have never heard any recording where the Tuba Mirum sounded better. Don had agreed in the past, and affectionately called Bob a “freak of nature.” He has a voice with rich color, rooted in the core of the earth itself, but the ability to turn on a dime and produce a stentorian sound to beat the band. He is a consummate professional, as evidenced by his wonderful career. The choir also sounds wonderful, the orchestra is going to be absolutely fabulous, but (and maybe this is baritone envy talking) the Tuba Mirum is going to be worth the price of admission itself.

Who are the other soloists?

Our soloists are the soloists of the choir of All Saints Parish. The soprano is Jessica Cooper, who was last seen singing the soprano solos in the Dvorak Mass in Cecilia’s last concert. Cooper also is known for co-founding the Boston Purcell Society. The mezzo is Angela Jajko, who sang with ASP last Christmas with Don, and who was hired to the alto position this past fall. She also is high up in the executive branch of the New England Gilbert and Sullivan Society. Honeysucker is the baritone, and I will be singing the tenor solos, after closing my company Opera Brittenica’s production of The Turn of the Screw on Saturday night.

How many will be in the chancel?

As of right now, I believe there will be approximately 80 singers, not including the soloists, and an orchestra of 21.

Any last words about Don and how the musicians feel about this event? Are all of you contributing your services?

Don was such an inspiration and mentor to so many artists, as evidence the caliber of this and all of Boston Cecilia’s performances for the last 40 years. I am truly honored to be in their company. For me, he was the first connection I made in Boston. He hired me at ASP two days after getting off the plane to begin graduate studies at NEC. He quickly became my confidant, mentor, drinking buddy; he read sacred text at my wedding, and eventually became family to me and my wife, Hilary. I am incredibly grateful for the time I was able to spend with him to get to know the musician Don, of course, but also the ever traveling, dirty-joke-loving, sushi-obsessed, Midwest refugee Don, who made his way to Boston and thrived.

When we were planning how best to memorialize him, we knew we needed something intimate for his church family, and something more indicative of his legacy for the Boston musical community. Barbara Bruns, a fellow disciple, and I discussed this Requiem in August and have been working toward it since. Nick White agreed to conduct, Suzanne McAllister at ASP agreed to prep the ASP chorus, and everyone has been working tirelessly to make this a fitting memorial. What has been overwhelming was the responses of many of the players: as soon as I said it was in memorial of Don Teeters, many instantly responded, “When and where?” All are contributing our services as a gift to one who gave us so much. This Requiem is a performance honoring Don for an audience, but is intended also to be a healing and cathartic experience for the performers. I think that with the shock of his passing still so present, we can all use a little musical balm for the soul.