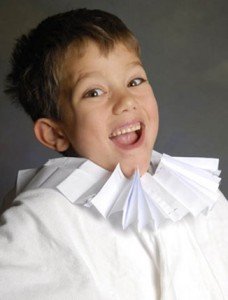 Excepting the frequent annual visits of the Vienna Boy Choir, it is rare for Bostonians to be able to welcome a real Deutscher Knabenchor to our midst. On Tuesday at 12:15, King’s Chapel will be hosting the Windsbacher Knabechor (Windsbach Boys Choir) in an all-German program featuring works by Bach, Mendelssohn, Bruckner, Schütz, and German folk songs, with a repeat performance at the Groton School at 7:00 pm. A YouTube link to Bruckner’s “Os justi,” which the boys will be offering at King’s Chapel, is here. The choir’s tour, including debuts in San Francisco and Los Angles as well as here, with return engagements in Philadelphia and D.C., is part of a German effort to commemorate the 25th-anniversary of the fall of the Berlin Wall on November 9, 1989, a monumental event, which eventually led to German reunification

In building and maintaining a boys’ choir, there is never any time to lose, since there is only a five-year period in which these boys’ voices are mature enough to sing challenging repertoire, before their voices change, now at younger ages than even 50 years ago. As we know from hearing the art form at St. Paul’s Parish, Cambridge (with the only Roman Catholic boy-choir school in the US) and All Saints, Ashmont, there is a long tradition of boy choirs all over the world. The Windsbach Boys Choir is one of the youngest, by English and European standards, at only 68-years old, yet it not only keeps the boy choir tradition alive, but also does so with demandingly high standards.

What of the difference between boy choirs such as the local ones in the English style and the Windsbach contingent in the German style? Conductor and BMInt writer John Ehrlich promises a disquisition on that subject in his forthcoming review.

A Sony Classical artist, The Windsbach Boys Choir has become one of the leading German boys’ choirs. With its repertoire extending from the Renaissance to contemporary music, the choir specializes in the sacred repertoire. This rich tradition covers a cappella works of all eras, as well as Sponsored by: “Bayerisches Staatsministerium für Bildung und Kultus, Wissenschaft und Kunst” the great oratorios of Johann Sebastian Bach, Georg-Friedrich Händel, Wolfgang Amadeus Mozart, Felix Mendelssohn Bartholdy, and Johannes Brahms.

The Windsbach Boys Choir distinguished itself as a powerful force in the international choral music realm by becoming the first ensemble to record a complete version of Bach’s St. Matthew-Passion in Israel in 1993. In 1992, the choir was invited to perform at The Kennedy Center as part of the “Tribute to Germany” festival where The Washington Post described the choir as “gifted” and that “many an adult vocal ensemble would do well to emulate the concentration and discipline of these talented youngsters.” The choir has been invited to travel with several German presidents, including Richard von Weizsäcker to Norway in 1986 and Malta 1990; and Roman Herzog to England and Scotland in 1998. Apart for singing for international dignitaries, the choir was invited to sing at national events, such as Bellevue Schloss, the official residence of the German presidents and performed at “Deutschen Bundestag” (German Parliament), including the current Chancellor Angela Merkel. 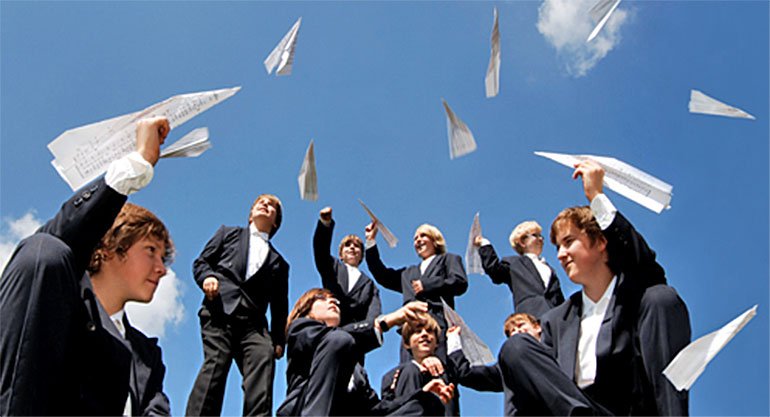 The choir’s ability to deliver a beautiful, uniform tone through sacred and secular texts has drawn enthusiastic audiences in prestigious German concert halls, such as Berliner Philharmonie, Festspielhaus Baden-Baden, Herkulessaal der Münchener Residenz, as well as performance spaces throughout Europe, such as Concertgebouw in Amsterdam, Tonhalle Zurich, Palau de la Musica in Barcelona and in Luzern. The choir has the unique honor of recording with Sony Classical and has released numerous recordings, including the Mozart Requiem, Bach’s Christmas Oratorio, Brahms’ German Requiem, and countless a cappella recordings.

Founded in 1946 by Hans Thamm, the choir was brought to national and international acclaim by his  successor Karl-Friedrich Beringer. In 2012, Martin Lehmann took on as conductor of the choir, and focused on creating a synthesis of musicality, precision, and purity of sound. As a result, top orchestras, such as the Deutsche Symphonie-Orchester Berlin, the Bamberger Symphoniker, and the Akademie für alte Musik Berlin love to work with the choir.

Comments Off on Now Come the Windsbach Singers