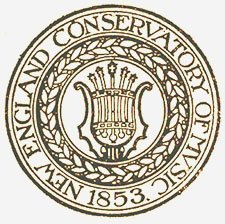 New England Conservatory President Tony Woodcock announced Thursday his intent to step down from his position effective June 30, 2015. Although unexpected, Woodcock’s revelation at the trustees meeting on Thursday did not come out of the blue. Intense discussions about Woodcock’s “leadership effectiveness” had been ongoing between the president and the trustees for the last six months, according to sources.

Past NEC President Daniel Steiner famously said, “The only thing standing between NEC and greatness is money.” When he took over as president, in 2001, his first action was to persuade the board to allow him to “invade” NEC’s meager endowment so that he could immediately hire the best string faculty in the country and significantly increase the amount of money available for student financial aid. This required a leap of faith by the board that the endowment could be replenished, and more, by means of a capital campaign that raised more than $110 million between 2001 and 2008. The obvious success, both of Steiner’s vision and of the capital campaign itself, are here for all to see and hear. Steiner transformed NEC from a respected regional music school into one of the nation’s leading conservatories.

Woodcock’s task has been both to build on that achievement and to show that it can be sustained. This has proved problematic. NEC’S endowment of $115 million pales in comparison with its major competitors: Juilliard, Curtis, Eastman, Yale, and Colburn on the West Coast. All of them have the resources to provide many more scholarships than NEC, so even though NEC may in fact have one of the world’s great string departments, the limited amount of money available for full scholarships puts it at a competitive disadvantage. And while we can all admire the interior of Jordan Hall, many of us also realize it’s an entirely different story for the back of the house: dormitories, libraries and practice rooms. Hence for the past three years an $85 million Student Life and Performance Center has been in design, with a completion target date of 2017, on the occasion of NEC’s 150th birthday.

During his eight-year tenure, Tony Woodcock has focused his efforts upon bringing the best faculty and students to NEC and building up certain specific programs (orchestra, opera, entrepreneurial music, El Sistema, not all of which can yet be supported longterm), his intention being to raise the institutional profile to the point where it could more easily raise the necessary moneys to pay for these and other programs. His decision to proceed with a new building program was similarly based upon the desire to give NEC a physical presence reflective of its excellences and to increase its visibility both locally and nationally, with the goal of building the endowment.

That requires another leap of faith by the NEC community that has not been forthcoming. It would appear that many potential individual and institutional donors are reluctant to commit substantial sums to NEC without the assurance that its current operations are “sustainable” and that it will be able to operate the new building without further erosion of its still-fragile financial resources. In the short run, this may require an immediate reduction in the amount of NEC’S annual expenses devoted to student financial aid. In the long run, it may also require a financial professional rather than a professional musician as the figurehead.

Having built up the institution’s visibility in the musical world to an astonishing degree, Tony Woodcock does not see himself as the person to preside over an “austerity budget,” nor is he fitted to devote his efforts chiefly to fundraising. His letter of resignation [attached here] states that “the Conservatory, particularly at this time, would be better served by a leader who through professional experience, has the kind of financial and management skills that will be required to successfully steer the organization through the construction of the Student Life and Performance Center, a major undertaking for the Conservatory slated for completion in 2017.” Woodcock did not announce future plans apart from perhaps returning to his native Britain.