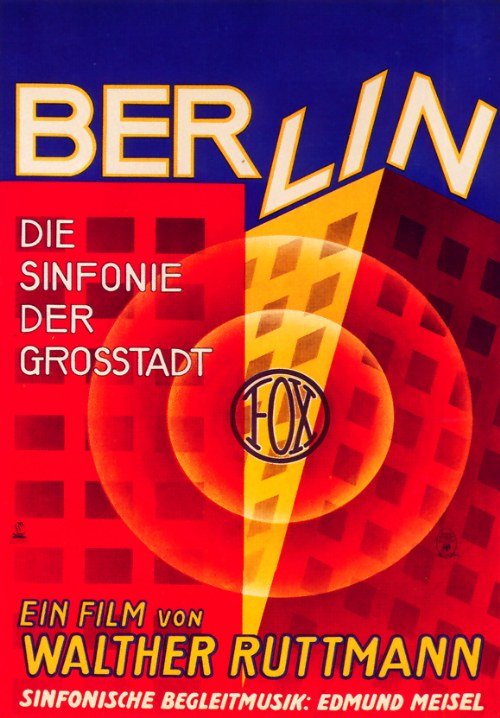 This year’s SeptemberFest at the Longy School of Music, entitled “Moving Image: music inspiring images inspiring music” was dedicated to the synergy between sound and images, speech, or film, with Saturday’s concerts focused on the interplay between music and film. Lovingly curated by artistic director Wayman Chin, Saturday afternoon’s and evening’s performances, by both faculty and students, were variations on this central theme of music, film, and their marriage.

In a brilliant presentation devised by Chin, Saturday afternoon’s concert featured Longy faculty improvising to scenes from three movies—Vertigo (Alfred Hitchcock, 1958), Summertime (David Lean, 1955), and the silent film classic, Berlin: Die Sinfonie der Großstadt (Walter Ruttmann, 1927). Faculty members chose improvisations from a selection of scenes, and worked in duets to replace the films’ original score with their own improvisations. The format of the concert is rife with possibility, although I should note that the challenges are not for the faint of heart: devoid of the central narratives of the three films, Saturday’s performances posed significant challenges for the musicians, who were called to synthesize and unify musically the images on the screen.

By far, the most accessible, and by that metric, the most successful, collaboration proved to be Hitchcock’s Vertigo (1958), perhaps because of the clear narrative the film poses. In it, a besotted Scottie Ferguson (Jimmy Stewart) slowly moves from infatuation to obsession with the lovely Madeleine (Kim Novak). The first intimacies of this relationship begin in a bustling San Francisco illustrated by pianist Eiko Ishizuka and flutist Marco Granados with improvisations on Astor Piazzola’s Ave Maria—a measured performance that followed the drama as it delves from Ferguson’s first impression to a darker infatuation. This infatuation grows to obsession, however, and when Ferguson follows Madeleine to the rural Mission San Juan Bautista, not only is there a change in scenery, but along with it, a darkening of Ferguson’s motive, expertly expressed by a fragmented, pulsing jazz by pianist Leo Blanco and violinist Jesse Mills. Ironically, it is the pastoral setting of the monastery that brings about the most chilling music and the darkest motives of our protagonists. This foreshadowing of Ferguson’s acrophobia and the film’s grisly conclusion found its mark in the cool tremolos at the end of the improvisation.

Although certainly virtuosic, other scenes weren’t quite as compelling. Summertime, particularly striking for its imagery of Venice–despite being rendered ably either in contemporary jazz by pianist Peter Cassino and Stan Strickland on saxophone, or in more varied improvisations by violinist Jesse Mills and pianist Leo Blanco—lacked direction and motivation. The sense of urbanity and sophistication pervaded the scenes without adding narrative or grounding the story with the nuanced emotion it craved: I found it difficult to penetrate Hepburn’s desperate mix of loneliness and wonder at Venice—beautiful themes were reduced to an image-music contrast rather than a narrative collaboration.

Similarly, Berlin: Symphony of a Metropolis lacked cohesive thesis. This 1928 silent film combines homage to  Jahrhundertwende Berlin with a wary, perhaps awestruck, gaze on the roiling, mechanized Berlin of the era. The film is a narrative-less collage of these images—as elegiac when viewed through the lens of history as they were striking when produced in the early 20th century. Many accompaniments exist in addition to the original symphonic score by Edmund Meisel (most recently—and perhaps notably—by DJ Spooky, for the Tate Modern). But is it possible to summarize the nuances of this work in a set of improvisations? Too often, I found the improvisations a distraction from the film–a “say-what-you-see” mimicry that vividly illustrated blinking lights and pounding hammers instead of augmenting an understanding of the images on the screen. Nonetheless, I was impressed by the technical mastery of the musicians, particularly Granados’s flute improvisations on Piazzola’s Liber Waltz (performed with pianist Ishizuka) that equally showed off his ease with fleet and staid in equal measure.

Saturday evening’s programming concluded the two-day festival with four pieces from the early giants of film music, Bernard Herrmann, Max Steiner, and Miklos Rozsa. Suites from each of these films were presented with excerpts from the films from which they were taken: Alfred Hitchock’s Psycho, Billy Wilder’s Double Indemnity, and Victor Fleming’s Gone with the Wind. The performance simultaneously provided framing and context for “functional” music while highlighting how exciting and novel scoring to these films truly is. The evening began with a setting of Keats’s La belle dame sans merci, set for speaker and full orchestra by Bernard Herrmann who, in addition to his work for the screen, was also a composer of more “serious” music. The performance whetted appetites for the marriage of film with music that followed, where the presentation of musical suites with montages from their associated films was most effective at conveying the interplay between the two genres. For instance, Herrmann’s music for Psycho is a pulsing, wretched screed scored for string orchestra that is as fragmented and disturbed as the protagonist’s psyche. Hitchcock’s film provided context and a program for Herrmann’s music, but the performance revealed the experimental nature of the score, highlighting its extreme atonality and emphasis on effect (here, percussive pizzicatti, there, bone-rattling vibratos), rather than employing melody to convey imagery and emotion.

The two other films stood in stark contrast to Herrmann’s Psycho. Max Steiner’s score for Gone with the Wind is a touching piece of Americana, composed, ironically, by an Austrian-born, British-trained émigré living in Hollywood. Even then, fin de siècle Europe creeps into the score, as Wagnerian leitmotifs—tinged with the folk melodies of the antebellum South—linger and narrate almost as effectively as the film itself. Much as Fleming’s Gone with the Wind is a monument, so Steiner’s score to the film is a view of America from an outsider’s perspective, lovingly rendered for American audiences. Rozsa’s score for Double Indemnity was the least daring of the pieces performed on Saturday evening in many respects. Rosza’s music is heavily steeped in a late-Romantic language that proved particularly effective for the uneasy scenes that the employs, however stays far from the experimental nature of Herrmann’s Psycho or from the scope of Steiner’s music for Gone with the Wind. An aside: It might also have given the evening some additional interest to have included Herrmann’s Psycho music [here] as a contrast to the earlier improvs. 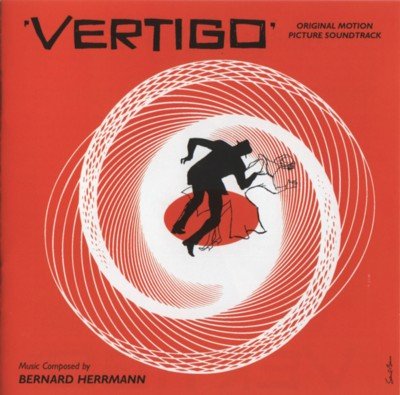 The pieces fared well with the Longy Conservatory Orchestra, led by Geoffrey McDonald. Pickman Hall was an ideal space for the ensemble, responding sensitively to the details of the orchestra’s performance. McDonald’s leadership of the ensemble was thrilling and dynamic, coaxing a rich sound that resonated satisfyingly in the venue. In particular, I was struck by how resonant the histrionics of Psycho fared in the space, transforming an already seething accompaniment to a roiling furor. Robert Honeysucker narrated Herrmann’s setting of La belle dame—as a speaker, Honeysucker’s voice is as rich and profound as his significant bass. However Saturday’s performance found him wooden in his performance as narrator. In prioritizing the orchestra over the poetry, McDonald’s slower tempo contributed to these difficulties, which were only exacerbated by significant issues with balance. The Gone with the Wind suite was the clear hero of the evening, reveling in a generous performance that clearly understood the breadth of the Steiner’s motives, presenting them in a wide scope while maintaining significant attention to the minutiae of the score.

Comments Off on Moving Music for Moving Images