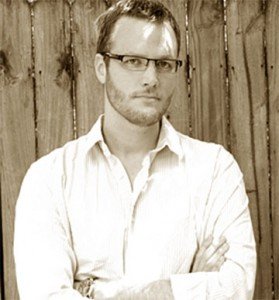 It’s welcome news when young Bostonian musicians receive national recognition, and especially pleasing to this writer when such musical citizens also have connections with the Intelligencer. While he has been a doctoral student, a freshly minted PhD., sitting on the advisory board of Dinosaur Annex Music Ensemble, on Juventas New Music Ensemble’s board of directors, and a member of Composers in Red Sneakers, Peter Van Zandt Lane also had the dedication to write 51 reviews for this journal. We salute him on winning second prize for his ballet HackPolitik [reviewed here] from the American Prize Competition.

The American Prize competition, 2014, recognized HackPolitik, a ballet in two acts for chamber ensemble and electronics in the professional theater works division from applications reviewed this summer from all across the United States. The American Prize is a series of new, non-profit competitions unique in scope and structure, designed to recognize and reward the best performing artists, ensembles and composers in the United States based on submitted recordings. The American Prize was founded in 2009 and is awarded annually in many areas of the performing arts. Moreon the story is here.

Peter, whose website is here, provided an autobiographical sketch:

Peter Van Zandt Lane (b. 1985) is an American composer of instrumental and electroacoustic music. His works have been critically praised for their “appeal to musicians and audiences, no matter their personal musical aesthetic” (Asymmetry Music Magazine). His recent full-length ballet, HackPolitik, was hailed as “angular, jarring, and sophisticated…very compelling…ballet needs live music, and this one offered it at the highest level.” (Boston Musical Intelligencer). Peter has received fellowships from Yaddo, MacDowell Colony, and the Virginia Center for the Creative Arts, and has received commissions from the Barlow Endowment, the Wellesley Composers Conference, and Dinosaur Annex, among others. His music has been played by top-tier ensembles such as the Cleveland Orchestra, International Contemporary Ensemble, the New York Virtuoso Singers, and the Lydian String Quartet. Peter holds degrees from Brandeis University and the University of Miami. He studied composition with Melinda Wagner, Eric Chasalow, and David Rakowski, and bassoon with Luciano Magnanini.