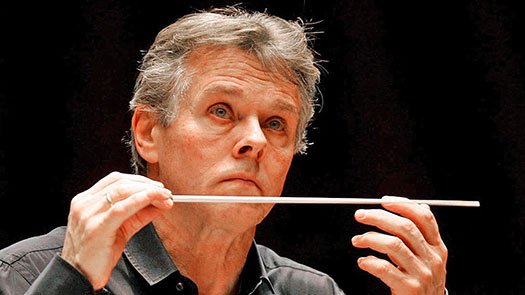 AMSTERDAM—It is the last year of Mariss Jansons as musical director of the Royal Concertgebouw, and his appearances seem to be dominated by crowdpleasers, as if lightening the farewell. But truth be told, a musical visitor to the city should not miss them. Rossini’s La Gazza Ladra overture starting last weekend’s concerts would be a great introduction to the orchestra and the hall. Perfectly lush sounds of instruments combined into a perfectly transparent and harmonious whole: this is what we are here for.

Yuja Wang, who debuted here in 2010 with Prokofiev’s Third, returned this year with Shostakovich’s First, Concertgebouw principal Omar Tomasoni taking the trumpet solo. Wang is by now known all over the circuit as a brilliant and sensitive interpreter, and a wonderful refutation to the suspicion that great Chinese virtuosi are part of mainland authorities’ plan to make piano playing chiefly an Olympic sport. Here in Amsterdam she had a perfect vehicle to shine in.

Shostakovich’s First Piano Concerto comes from the time when the composer still anticipated the journey toward the great socialist future to be mostly fun and palatable, despite the feeling of being occasionally jerked around and the need to hang out with bizarre companions. If the listener can forget all premonitions of and associations with later work, in which the comical jerking-around is extended unto dance macabre, it is possible to enjoy the piece as its early listeners and the composer-pianist did in the early 1930s: a romp and burlesque that leave one giggling.

Wang played with a truly remarkable degree of empathy. It was top-notch musicmaking, with all subtleties, from the brooding of a young intellectual to elegiac contemplation of worlds lost to myriad shades of irony, and all the way to the final frantic outbreak. The trumpet provided capable collaboration, although to my taste a bit tentative in its effort to render what is essentially an obnoxious vox populi.

It has become tradition to play an instrumental encore after a concerto. Purist in me feels for the bored orchestra, for whom this also must feel a strange conclusion to a collaboration. Plus it distracts from the logic of the program. Wang played Scriabin’s Prelude for Lefthand opus 9, omitting the paired Nocturne, perhaps to avoid testing the patience of the orchestra, or to entice the audience to watch out for her recitals. I certainly will.

Jansons started Prokofiev’s Fifth Symphony with a magisterial hand of a great Mahlerian. The movement can occasionally oppress, with bombast and gutwrenching throwbacks to the gloom of the Stalinist milieu that applauded its premiere. But Jansons’s fluid lines maintained just the needed level of independence, and the result was truly uplifting. The charming second movement Scherzo brought its never-failing catharsis: a magic carpet trip from Stalin’s Moscow to Fellini’s Cinecitta (do we know if Nino Rota happened to attend a life-changing performance of this symphony?). Crisp and driven delivery by RCO turned this magical movement into purest exhilaration.

As rewarding as it is to hear Jansons at his best, the whisper around the hall has turned to succession. Having heard results in this hall under the batons of Ivan Fischer and Andris Nelsons, two on the shortlist, I detect no possible worries: the RCO magic is bound to continue.

Victor Khatutsky is a software developer who reviewed music as a US-based freelancer for the Kommersant Daily of Moscow He has been known for occasionally traveling long distances to catch his favorite performers.

Comments Off on A Soviet-Flavored Dutch Way of Farewell