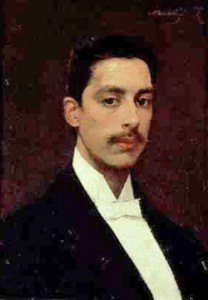 Ed. Note: Sbaron Isbin returns to Rockport after a power failure forced the cancellation of an earlier date.

The guitar is hardly an instrument that needs an introduction; everyone has either played one or known someone who has played one. But to project demanding music from the guitar without technical limitations, and to allow audiences to drop all previous associations with the genre—only Sharon Isbin and a handful of others, can give us. Her upcoming mostly Spanish concert at Rockport Music, re-scheduled for Sunday September 28th at 7:00 (see details here) will also include the New England premiere of “Sharon Isbin: Troubadour,” a documentary produced and directed by Susan Dangel. A YouTube preview is here. The evening includes an Artist Meet and Greet Reception following the concert. Tickets: $28-$46

A three-time Grammy Award winner, Isbin has released more than 25 recordings covering a wide range of styles, genres and composers—from Baroque to Spanish/Latin to crossover jazz to contemporary new music. She’s played with more than 170 orchestras over the world, has commissioned more concerti than any guitarist in the modern era, and has won numerous awards and accolades, including being the first guitarist to win the renowned Munich Competition.

BMInt: How did “Troubadour” come about? Is it about you, your instruments, your relationships with composers?

SI: I met Susan Dangel by chance at a rehearsal with the New York Philharmonic several years ago. Her amazing videos were showing on screen behind conductor/composer John Williams, and I exclaimed “Who did these, they’re magnificent!” Susan introduced herself, and we began to talk about a documentary! Seven years later, voila!

All of these wonderful people are friends of mine with whom I share a passion for the arts. Composers and musicians Vai, Jordan, O’Connor, Corigliano, Rouse, Tan Dun, Joan Tower are artists with whom I’ve collaborated for years.

When I hear harp or lute or guitar, I often think how much easier the music would be to play on a keyboard. Tell us what would be lost on a keyboard and what a guitar can do that a keyboard cannot.

The guitar has a magical ability to change colors, more than any other instrument, by changing angle of fingernail, amount of flesh, position on strings with both hands, the possibilities are limitless. It’s like an orchestra of color on six strings! The other great quality is the instrument’s lyrical abilities, the “cry” or “sigh” between notes that a singer or violinist can get, but which is not possible on the keyboard.

Do you use different instruments for different literature?


I use one guitar, made in Germany by Antonius Mueller.

In order to project, many guitarists change string for every concert and need to tune frequently?

I leave treble strings on for months at a time, and change basses every couple of weeks.

Is there any guitar rep that you are tired of?

I play such a variety of music and with so many different collaborators−from Bach, Spanish, contemporary to jazz fusion – that I’m always excited about what’s around the corner. I recently did a 20-city Guitar Passions tour this year with jazz musicians Stanley Jordan and Romero Lubambo, who joined me in my latest Sony CD, Sharon Isbin & Friends: Guitar Passions. You can hear samples at http://www.sharonisbin.com I’m performing an all-Spanish program this year with the Metropolitan Opera star mezzo, Isabel Leonard, and next season we premiere a new work co-commissioned for us by Carnegie Hall and the Harris Theatre Chicago by Richard Danielpour. In April 2015, I premiere with the Maryland Symphony a new concerto written for me by jazz artist/composer Chris Brubeck (son of Dave Brubeck.)

Can you explain why mainstream 19th-century composers weren’t interested for the most part.

I wasn’t around to badger them to write for guitar!

What’s it like to work with singers and rock musicians?

Fabulous, rock musicians are spontaneous, creative, exciting and singers are the ideal of musical language.

Will there be any other chances to see “Troubador?

American Public Television will broadcast “Sharon Isbin: Troubadour” nationally this November/December on nearly 200 public television stations, and it will be released on DVD/Blu-ray by Video Artists International.

Comments Off on An Orchestra of Six Strings and Two Hands