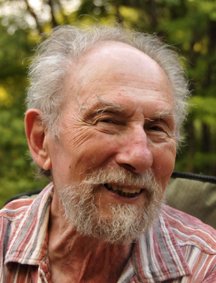 From time to time BMInt writers relate surprisingly germane anecdotes. Such is the case of Jay Wenk’s remembrance of a noted professor from nearly 70 years ago.

In 1951, I used the GI Bill to study composition at Juilliard. I had no background other than listening to and being moved by every form of music I had heard since childhood. After discharge from the Army, in 1946, I started to study the trumpet; as a child of the movies, I fantasized playing blues in smoky nightclubs. I wrote some short pieces for orchestral instruments at that time, and a musician friend urged me to apply to Juilliard. I resisted, but then gave in, and was accepted provisionally.

I was older than the other students. They were already professionals, and I believe I was admitted because I had a modicum of talent, a lot of desire, but mainly because I was a returning veteran. I guess the faculty had some hope for me, so I was given the chance.

Life there was good: walking through halls lined with practice rooms, each one with a Steinway grand except for a single Bösendorfer and one or two Bechsteins, I could hear slightly muffled vocalists, with or without accompanying instruments. Most often a piano alone, or strings, winds, percussion; music from Estampe to Bartok, and others; a variety of delights for my love affair were being realized. Most exciting and informative was being able to sit with the score among the instrumentalists in the orchestra during their rehearsals; reading and listening to the music among the nonmusical sounds; buzzing, clicks and fingers tapping on keys. Then to the lunchroom, with excited talk of recent performances, differing views on Beethoven’s use of trumpets, and how col legno should be applied in Prokofiev’s Fifth. Occasionally, well-known musicians and dancers would stop by or glide on through, hardly causing heads to lift. The food was inexpensive, very good, and at Christmastime William Schuman, the president, would stop to speak with every person there.

My hidden sense of inferiority to my colleagues I tried to overcome by feeling above it all when it came to deep study of architectonics, the nuts and bolts of how music is put together. I thought that listening was all that was needed to exist in that world. I hadn’t yet learned that composers would copy by hand the music of others, in order to intimately understand it. It came to pass one not so fine day in William Bergsma’s class—the composition faculty included him, Vincent Persichetti, Peter Mennin, Bernard Wagenaar, and Vittorio Giannini; Schuman didn’t give classes—the teacher announced that we would do a detailed analysis of the second movement of Beethoven’s last piano sonata, no. 32, Opus 111, C Minor.

Here, two mighty powers collided. This two-movement sonata is transcendental in my life, with a violent first movement and a second, an Arietta in C major, that sings beyond everything Orpheus could dream of. It is a simple theme and variations that build inexorably into a new world of expression. The other mighty power was Bergsma. I detested him, his acid tongue and superior attitude. Of course this dislike was based on my fear of being found to be incompetent, and when he unfolded his plan to analyze this sonata, I was distraught, and terrified.

Such analysis means going through the piece note by note, studying the relationship of each to the others, every note in every bar. We used the Schirmer edition. I could read the score fairly well, although without the skill my fellows had, and, while following this dry-as-the-dust-in-an-unopened-Egyptian-tomb process, I was in agony, hearing the music in my head as I studied the score; to me it seemed we were committing something like rape. I didn’t have the courage to say so; that would have been ridiculous, and I knew it. I was aware only that the fearsome Bergsma was trying to destroy everything I held to be beautiful.

On it went, over two days. The variations build in complexity, but without changes in tempo, with repeats in each one of the first and second halves of the theme. We waded on. I knew what was coming, and finally we turned the page to it, the last variation, the climax of the entire piece, consisting of trills and 32nds, two hands at the octave. Just them. The analysis stopped; we were unable to go on. We had come face to face with genius. I felt triumphant. Aha, I thought, Bergsma was defeated, annihilated! None of the others had a word to say. We sat in silence for what seemed a long time, and, as we left the room, no chatter.

Many years passed before I understood that Bergsma knew what he was doing. He chose that movement to teach us that analysis is capable of taking us just so far, and that he knew, and shared, the experience of transcendence. In 1992 I was crossing the continent by train when I read that he’d died. I wished that I had been more secure within myself back then, that I should have understood he was a human being and a musician, and that I could have appreciated, and thanked him for, the most important lesson I’d had at Juilliard.

My favorite performance of Opus 111 is by the British pianist Solomon. In addition to his overall brilliance, and his command of those incredibly difficult trills, he’s the only performer I’ve heard who plays the variations within the l’istesso [same as the preceding] tempo indicated by Beethoven. Given the complexity of the variations as they develop, the experience of rapture the trills produce, and the final, seemingly simple high and then low tones on the piano, produce a feeling of peace and resolution previously unknown to me that, every time I hear this sonata, I relive.

Jay Wenk studied Composition at Juilliard on the GI Bill, for five years,  learning was that he was a lousy composer, but his love for and interest in music have never diminished.

Comments Off on The Big Trill and Rapture