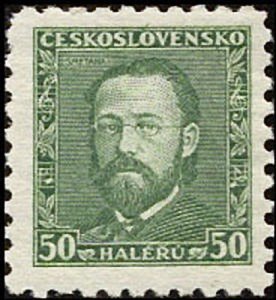 Since 2006 Boston Midsummer Opera has offered operatic confections during a season when opera manes are in need of a sugar fix. This season’s outing, Smetana’s The Bartered Bride, will run on July 23, 25 & 27 at Tsai Performance Center at Boston University with a witty staging by Antonio Ocampo-Guzman and a sparkling new translation by J. D. McClatchy. Susan Davenny Wyner will lead the BMO orchestra.

Set in a Bohemian village, the opera’s plot about comical tribulations of young lovers constitutes a fine scaffold for delightful music.

BMInt: The settings for your summer opera productions are always witty and sparkling. I gather that Bartered Bride will be in correct period and place. Please tell us more about the look of this one.

SDW.: The set design is beautiful and playful, with references to the changeable sky and rural landscape of the Bohemian countryside. Costumes are colorful and incorporate elements of traditional Czech garb

Will this be the first time your company has had a ballet company on stage? How integral to the plot is this dancing?

BMO is delighted to have 18 young dancers coming from the Central Mass Dance Academy in Worcester with their director Kellie Shea and choreographer Laura Lobos. (They almost stole the show in their first opera experience in our production of Merry Wives of Windsor last year!)

Dancers and chorus are both integral to the opera. Smetana is bringing to life the Spring Festival day of a small village in Bohemia— villagers who know effects of poverty, who live off the land. His colloquial language embraces the “melos” and rhythms of Bohemian culture. Smetana himself, a brilliant pianist, loved to dance—held dancing parties and wrote and accompanied dances. Though a sophisticated, German trained, musician, he worked hard to capture what he called the “jigs and jogs” of the country folk dances—polka, skocna, furiant, “beseda” – of his native culture. Some examples are here and here and here.

Are there also good numbers for the chorus?

The Chorus of Villagers is essential to the plot and musical development of the Bartered Bride. Individuals placed within a community—he isolates the plight of the two young lovers, depicting their inner life, dreams for individual independence, against communal, parental expectations—search for the right to individual happiness. The chorus often exposes, highlights, the effects of greed, class, the desperate fight to stave off poverty.

We all know the overture, but can you point us to any YouTube videos of other episodes that good?

The score is filled with marvels…Individual numbers we probably all know are the dances he added in his 4th version of the opera (he made 5 different versions over the course of 8 years)—dances of comedians, the Furiant, the Skocna—which he made for the troupe of circus performers.

There is the long opening scene with chorus that paints the beginning of day; bagpipes, birds, dance songs—the 2 young lovers introduced in minor key—chorus responding to them in a sympathetic harmonically rich way, but then pulling back out into joy of celebrating Spring and optimism—a time for lovers and new life. The way it follows the overture sets our minds and hearts up for all the delights and complications which follow.

The “trance time” sextet of Act 3 in which the parents and the marriage broker suddenly are caught up in Marenka’s distress at losing her beloved—sing a cappella, catch her inner world…

The duets between the 2 lovers, and the heroine’s duet with her mismatched suitor, all of which are movingly filled with character, contrast, and the lilts of dance.

In creating this comedy, Smetana was committed to using Wagner’s new direction for musical drama, feeling very strongly that interwoven orchestral/vocal textures and texts represented the future of opera rather than the Italianate model of singer based arias and recitatives.

Does the new translation engage in any updating or is it faithful?

McClatchy’s translation, made at the request of James Levine for a 2011 performance, captures Smetana’s colloquial language in a way that bridges periods without forcing us into the 21st century AND it reflects the “layers” of the original text. Sandy, who is a brilliant poet and lauded opera librettist at the MET and elsewhere, knows voices well, so his words are singable. The villagers use a ritual language with charming old-fashioned rhymes and versification. The irascible, loquacious old marriage broker gets an explosion of repetitious, consonant spewing text. The two young lovers share a natural, warm and personal language all their own; Vasek, the immature mama’s boy, sings words that are pathetic, innocent, comedic and heart-tuggingly sweet. McClatchy has also found a way to capture the trochaic emphasis of the Czech language so we can go after the irregular Bohemian rhythms that are so important for the piece. I am grateful to him and to Peter Gelb and James Levine at the Metropolitan Opera for the opportunity to bring this “magic” libretto to light.

Will there also be projected titles? Sung English is not always understandable.

No projected titles—too costly—singers are making every effort to bring the text to audible life. Director Antonio Ocampo-Guzman is a fine musician and very sensitive to creating scenarios that illumine external and internal textual meanings. So even if occasional individual words are lost, the sense of what’s happening — plus what the music is revealing— should be clear.

Will you be able to get someone to turn on the reverberation system for Tsai? It sounds so dry without that aid.

No artificial sound system. Yes, the Tsai acoustics are dry but stage designer Stephen Dobay and Antonio have made efforts to create some reflective surfaces to help voices project. Part of the joy of music is hearing the individual qualities of singers’ voices and the actual colors and textures of the instruments. So unless a composer asks for artificial amplification, I’m inclined to work with the acoustics and sounds as they actually are, and make the performance vivid, evocative, colorful and engaging with the palette we have. We all adore good acoustics of course, but the down side of artificial reverb (even as far as it has come technically) is that it tends to homogenize and gloss over the sound.

How are rehearsals going?

We move into the theater on Friday, so that’s an exciting next step for all of us. The singers—7 principal soloists and 17 choral ensemble members—are professionals who also can act! And, they are delightful, creative, and spontaneous. The orchestra, 23 of Boston’s best players, gets added this weekend.

The process of exploring Smetana’s music from the inside is a privilege. He spent 8 years (1862-1870) revising and reworking this piece. What feels so spontaneous and fresh in performance is the result of the care and artistry he lavished on it. He conducted it all those years—and his sketches and diaries show that he would not let it go until he felt he had it right, even after he had begun to compose totally contrasting music.

It has been such an incredible experience to get inside the Bride. My immersion is especially satisfying since I have worked with Czech orchestras and done Ma Vlast and other such. I’m really psyched for this!

Performances of The Bartered Bride are Wednesday, July 23, and Friday, July 25 at 7:30 p.m., and Sunday, July 27 at 3:00 p.m. at the Tsai Performance Center at Boston University, 685 Commonwealth Avenue in Boston.  A pre-concert lecture by Richard Dyer will take place one hour before performance time.

More on the Personnel

Young dancers from the Central Mass Dance Academy of Worcester will also be featured, with choreography provided by faculty members Kellie Shea and Laura Lobo. This inner city performing arts school is noted for its high quality training in theater as well as dance.

Director Antonio Ocampo-Guzman is an actor, director and teacher from Bogotá, Colombia, and currently serves on the faculty of the Department of Theatre at Northeastern University. Antonio spent three years as an actor and an artist-manager at Shakespeare & Company. He earned an MFA in Directing from York University in Toronto, and has directed plays for the Provincetown Tennessee Williams Festival, Dixon Place, Teatro Libre, Arizona State University, Florida State University, Tallahassee Little Theatre, York University, Emerson College, and The Theatre Offensive.  In Boston he has worked with Actors’ Shakespeare Theatre, The Nora Theatre, The Huntington Theatre, and New Repertory Theatre, where he directed Terrence McNally’s Master Class in 2013. Last summer, he made his Boston Midsummer Opera debut with his direction of the acclaimed production of The Merry Wives of Windsor.

Conductor Susan Davenny Wyner has received international acclaim for her conducting. The Library of Congress featured her in its 2003 “Women Who Dare” Engagement Calendar, and the MacNeil-Lehrer Newshour and WGBH Television have presented special documentary features on her life and work. Her conducting credits include the Los Angeles Philharmonic, Czech Philharmonic Chamber Orchestra, Danish Odense Symphony, Boston Lyric Opera, concerts at the Hollywood Bowl, and recordings for Albany and Bridge Records. André Previn, Lynn Harrell, Claude Frank, Peter Serkin, and Emanuel Ax, have been among her guest soloists. Prior to her conducting, she had an international career as a lyric soprano, singing with the Metropolitan Opera and major conductors and orchestras in the US and abroad.

Tenor Ethan Bremner (Vasek) has performed the role of Achilles in Gluck’s Iphigenie en Aulide and Rodolfo in La Bohème with the Boston Opera Collaborative, Idomeneo in Idomeneo with Opera Hub, Giorgio and Poliziano in the premier of Michelangelo with Opera Providence, Alfred in Die Fledermaus with Longwood Opera, Providence Opera and Treasure Coast Opera as well as Cavaradossi in Tosca with Longwood Opera. He was a Regonal Finalist for the Metropolitan Opera Council auditions in New England. Makes his Boston Midsummer Opera debut in the role.

Bass-baritone Eric Downs (Krusina) was seen with BMO in 2011 as Mustafa in The Italian Girl in Algiers and as Don Alfonso in its 2009 production of Così Fan Tutte,. He has appeared in: La bohème with Amarillo Opera; with the Shreveport Opera as Sparafucile in Rigoletto; as soloist in Vaughn Williams’ Hodie with the Hartford Symphony Orchestra; in Handel’s Messiah with the Washington National Cathedral as a soloist; Haydn’s Paukenmesse at Carnegie Hall through MidAmerica Productions; Victor Herbert 150th Birthday Celebration gala with Little Orchestra Society of New York as a soloist; and the Boston Youth Symphony Orchestra as Leporello in Don Giovanni.

Soprano Nicole Percifield (Marenka) began her professional career as a Resident Artist with the Minnesota Opera where she appeared as the Page in the company’s production of Salome and as Siebel in Faust. She portrayed Jo March in the European premiere of Marc Adamo’s Little Women (Bruges, Belgium) and has sung Vitellia in Mozart’s La Clemenza di Tito (Sulmona, Italy). She has also been featured in concert performances with the Saint Paul Chamber Orchestra  the Minnesota Orchestra.

Comments Off on Smetana’s Bartered Bride Comes to Tsai