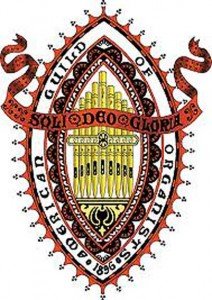 The American Guild of Organists’ Pipe Organ Encounter (POE) during the week of July 13th is a summer program hosted by its Southeastern Chapter. Eighteen high school students from throughout the eastern seaboard will play on, and listen to, some of the Boston’s marvelous instruments.  Of particular interest to local organ aficionados will be a recital by Christian Lane, winner of the Canadian International Organ Competition [BMInt notice here], recipient of frequent notice on these pages, and outgoing associate organist and choirmaster at Memorial Church, Harvard. Lane has been a very positive force in our organ community as an organizer of successful events as well as an esteemed performer [review here], and BMInt scribe [here]. While his next professional steps are yet unknown, he plans to maintain the teaching studio he’s built up over these past years at Harvard, whose students recently returned from a study trip to Europe [see here]. A last good chance to hear him play in these environs comes at 7:30 on July 14th, when Chris will perform a recital on the two organs of Memorial Church, the new C. B. Fisk and the 1929 Skinner.  His free program includes works by Bach, Buxtehude, Cooman, Reger, and others. A brief interview follows.

BMInt: Can you tell us how the two instruments are doing in terms of use and appreciation? Ever have people wanting to practice on both at the same time? How much teaching goes on there?

Christian Lane: During the past two academic years, since the Memorial Church’s organ project (resulting in the two new instruments) was completed, Harvard, in large ways, recaptured its heritage as a place for cohesive, focused, organ instruction. The Harvard Organ Society, which had been largely dormant since the 2003 departure of former University Organist and Choirmaster Murray Forbes Somerville, is rejuvenated and active. Under committed student leadership, the Society sponsored several events throughout the past year; included were student performances on established recital series in Boston like Trinity Church, master classes with artists such as James David Christie, a benefit recital for the Harvard Square Homeless Shelter, and a culminating two-week study experience in France and the Netherlands. Importantly, there is also a culture of organ enthusiasm and engagement now present on campus that hasn’t existed for some time. In fact, the annual midnight Halloween organ recital welcomed nearly 400 students into the church this past fall — a huge number given attendance at most student-targeted events in the Church.

Along with this, I’ve taught 18 students regularly this year, many of whom are conservatory-level players who chose Harvard because of the opportunity to study organ seriously, albeit as extracurricular. These numbers represent a large organ program—not only the biggest of our Ivy peer colleges, but also in relation to many established conservatory programs. During term, the students have access to the church for practice whenever it is not booked for other events, and the organs are used, seemingly nonstop, from early morning until late night. As a group, the students and I have met for regular, weekly, organ classes during which we discuss common topics, welcome guests, and practice performance. Again, this was all extra-curricular for them, and extra- for me as well.

And, since this was all essentially private study, I hope to find a way to continue to working with these students. If I can in any way influence function ‘from the outside,’ I am determined to see that their opportunities as organists are not diminished by my departure from Memorial Church.

How often can we get to hear the instruments in services, and when will next year’s concert listings come out?

In general, the Fisk organ is used for Sunday morning services and other larger events; the Skinner is generally used for the intimate service for Morning Prayers at 8:45am Mondays through Saturdays during term.

As for concert listings next year, the series seems to have just been posted here.

Comments Off on Encountering Christian Lane