New England’s musical community, especially composers, violinists, and lovers of new music, has lost a valued friend. Janet Packer, outstanding violinist and promoter of new music for the instrument, died on  June 20th, from complications of treatment for cancer, age 64. A 1970 graduate of Wellesley College, she won awards for her playing. After earning a master’s degree in history from Brandeis, Packer spent some years as a freelance violinist in the Boston area, performing with the Pops, Banchetto Musicale, and Dinosaur Annex, of which she was a founding member. She then decided to concentrate on a career as a soloist with particular interest in promoting new works. She established the Pro Violino Foundation and began to commission works, which she premiered, from such composers as Gardner Read, Juan Orrego-Salas, William Thomas McKinley, and Edwin London. She recorded McKinley’s Violin Concerto No. 1 for MMC Records and a Serenata for violin and small orchestra by Vittorio Rieti for CRI; she also made inaugural recordings of older music, for example works for violin and piano by Charles-Marie Widor (Centaur Records), which was widely admired. Among her recent commissions were a sonata for unaccompanied violin by Andrew Imbrie and, in 2011, Imaginary Variations for violin and piano by Krzysztof Meyer, which she performed more than 20 times. And this writer won’t forget her vivid playing of Debussy’s Fêtes in an arrangement for violin and piano which I had made at her suggestion. 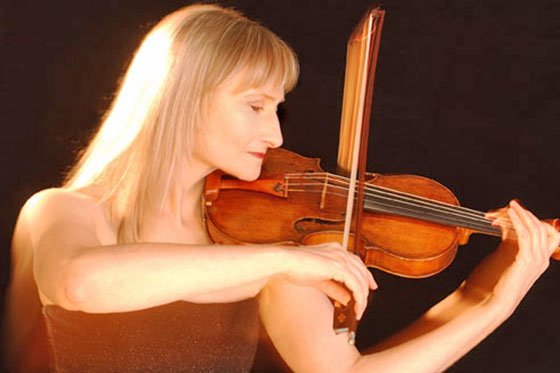 A beloved teacher in her private studio, at the Rivers School Conservatory, Packer for 12 years chaired the violin department at Longy, and was named Studio Teacher of the Year by the Massachusetts chapter of the American String Teachers Association. Three years ago she was a founder of Rethinking Bach, at Queens College, an annual workshop in historical performance. In a tireless schedule of solo performing, she played all over the world, including appearances with the Warsaw Philharmonic Orchestra, the National Symphony of Panama, and a tour in 2006 in China with a master class at the Beijing National Conservatory.

A full account of her recent achievements may be had at www.janetpacker.com, a site overseen by her husband of 30 years, Sam Rechtoris. Composers everywhere have lost one of their most loyal defenders; all of us will miss her fine playing, fearless energy, and especially her friendly warmth.