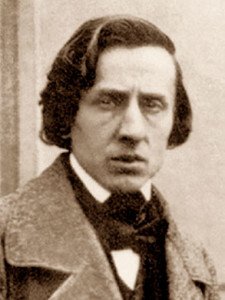 On the last weekend in June, the Chopin Symposium at The Rivers School Conservatory will focus on the life and art of its namesake composer. The six-year-old program is the brainchild of Italian pianist Roberto Poli, who gathers world-renowned performers and scholars in lectures, concerts and roundtable discussions. Poli’s goal, as he explains in the conversation that follows, is that of enriching Boston’s lively and eager community of teachers, performers, and music lovers.

BMInt: Roberto, I know you care a lot about Chopin.

RP: Chopin has been my idol since I was a teenager. Certainly, one of the reasons behind devoting an entire weekend to him every year is my desire to share Chopin’s extraordinary genius. But the weekend is not entirely devoted to Chopin: the framework also invokes other composers of his time, the music he loved and performed, and the cultural and artistic life of 19th-century Europe.

Indeed, when I looked at the calendar, I noticed much music that wasn’t Chopin’s. For example, Saturday evening’s worklist includes Charles-Valentin Alkan’s eight-hand arrangement of two movements from Beethoven’s Seventh Symphony, and even some Paul Wittgenstein, whom many are not likely to associate with Chopin. Remind us of the links between these composers and Chopin.

While not immediately apparent, the ties are very much there. Alkan, a truly peculiar individual and extraordinary pianist, was one of Chopin’s close associates and, for a number of years, his neighbor at Square d’Orléans. In 1838, Chopin and Alkan shared the stage in a performance of the Beethoven arrangement you mentioned (the two other pianists were Alkan’s former teacher, Joseph Zimmerman; and one of Chopin’s favorite pupils, Adolphe Guttman). That was the beginning of a friendship that lasted until Chopin’s untimely death at age 39. The symposium is not shy about American premieres; we’ve featured several works that had not been performed for over a century, or that were never performed outside of Europe. The Alkan transcription is such a gem, and finds a perfect place in the context of “Chopin and his World,” the title of Saturday evening’s concert. In early July pianist Ya-Fei Chuang will be touring Europe with a program of works written for the left hand –including two Mendelssohn transcriptions, two etudes by Chopin in Leopold Godowsky’s knuckle-busting arrangements, and Scriabin’s Nocturne in D-flat Major, which is overtly derived from Chopin’s Nocturne, Op. 27, No. 2. As an almost exact contemporary, Mendelssohn was also very much a part of Chopin’s world. Despite Chopin’s not having being the greatest admirer of his music, there was mutual respect and admiration, and the two were in frequent epistolary contact. Mendelssohn endearingly called him Chopinetto.

You mentioned Ya-Fei. Whom else can we expect?

A celebrated teacher at the Moscow Conservatory, pianist Pavel Nersessian opens the symposium with a program of works by Hindemith, Schubert, and Liszt. This will mark his official Boston debut, and it is a performance not to be missed. I have admired Mr. Nersessian for years, and it is an honor to have him inaugurate the weekend. Alongside Ya-Fei Chuang, the second concert will feature pianists Gila Goldstein and Andrew Tyson. Boston-based, Goldstein is a rare artist, and one that our public needs to discover. Tyson returns to the symposium after an unforgettable recital two years ago, and we are eager to hear this young talent again after following his blossoming career.

Let’s discuss the more academic part of the event. How did you choose such a varied group of lecturers?

A tradition of The Chopin Symposium is to invite acclaimed scholars. At past symposia we had extraordinary guests such as Alan Walker, Jim Samson, Malcolm Bilson, and Jeffrey Kallberg to name a few. Our speakers this year will include David Dubal, Mike Lee, and David Kasunic in what is going to be a series of engaging lectures and round-table discussions. Each one of them brings an extremely diverse background: pianist and author David Dubal knows more about historical recordings than anyone I know, and his lecture will center on some astounding early performances captured on disc; Mike Lee is both a wonderful fortepianist and a scholar, and unites the insights of a performer and the knowledge that comes from years of research into his lecture on Beethoven’s Fourth Piano Concerto; and Chopin scholar David Kasunic gives virtuosic lectures about the most diverse topics, from tuberculosis in the nineteenth century and its implications in music to the associations between music and food. All lectures are appealing to both academics and laymen alike, and this year we are really in for a treat.

I gather the closing concert has a special meaning to you.

Our accurate re-enactments of historically significant concerts, such as Chopin’s rare appearances at the Pleyel Salons in Paris or the pianistic duel between Liszt and Thalberg at the salon of Princes Cristina di Belgiojoso, have proved compelling to audiences over the past five years.. This year I’ve planned a re-enactment of a performance at Chopin’s own home at Square d’Orléans in Paris. It features not only some of his most important solo works, but also vocal and chamber music that Chopin would have performed with friends, students, and colleagues. For the occasion, I will be joined by three Boston treasures: soprano Barbara Quintiliani, cellist Mickey Katz, and pianist Gila Goldstein.

What do you hope the audience will take away?

We hope to immerse the listener in both the music and the rich cultural world to which Chopin belonged. The Rivers School Conservatory is the perfect environment for the symposium: not only is it located in the bucolic setting of Weston, with ample parking and easily accessible restaurants in the nearby Wellesley Square area; it also offers a wonderfully resonant recital hall, one of the best pianos in Massachusetts, and a very conducive atmosphere.

For more information about The Chopin Symposium, please visit here.

Comments Off on Immersion in Chopin’s World