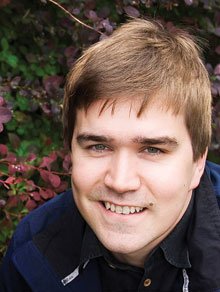 Sunday afternoon at the Gardner Museum’s Calderwood Hall, pianist Paavali Jumppanen gave us a thrilling start to a two-year exploration of Schumann and Stockhausen. Subtitled “Part I `Character’,” Sunday’s program juxtaposed Stockhausen’s Klavierstück IX and XI with Schumann’s Abegg Variations and Humoreske. In his program notes, Jumppanen explained that by Character he means “the manner in which musical character shapes the flow of Schumann’s and Stockhausen’s music” and proposes to take character “as a possible starting point.”

When one thinks of Stockhausen it is not Schumann who immediately springs to mind, and vice versa. Cage and Cowell, perhaps, but Schumann would seem to be markedly different. Jumppanen’s point of departure is simply that both composers were notoriously avant-garde and both successfully pushed the envelope of their respective acoustic worlds. Further connections however will likely be revealed by Jumppanen’s project and some already came to light on Sunday. In the early 50s, Stockhausen wrote an influential essay entitled “How Time Passes,” in which he recast the elements of sound as ranges of vibration, the differences being determined by the way our bodies subdivide time and perceive acoustic repetition. The philosopher Slavoj Žižek, in turn, invoked Schumann’s Humoreske to illustrate the connection between repetition and pure difference: “it is not a simple piano piece, but a song without a vocal line, with the vocal line reduced to silence … This is how one should read the famous “inner voice (innere Stimme)” … later in the same fragment of the Humoresque, he repeats the same two effectively played melodic lines, yet this time the score contains no third absent melodic line, no inner voice … This, then, is pure difference: the nothing-actual, the virtual background, which accounts for the difference.” I find it a bit frightening that this seems to make sense to me. It may help us understand Stockhausen’s Klavierstück IX, which begins with the same eighth-note chord repeated 139 times, then held as a dotted quarter note, making up the first measure’s 142/8 rhythm (the next measure is marked 87/8). The key to it is that the performer cannot repeat that chord exactly the same way, in fact must not. Each repetition, in effect, is its own singular entity.

In the first part of the concert, Schumann’s Abegg Variations were sandwiched between Stockhausen’s Klavierstück IX and XI. In Jumppanen’s riveting performance, Klavierstück IX came across as an invitation to become self-estranged—to inhabit an unnatural industrial world of pure physics beyond what human intelligence comfortably grasps. Beginning with the austere clanking of great machinery, the piece evoked a post-human world in which machine intelligence lurks in inky silences, randomly interrupted by the drip of poisonous liquids, glittering but toxic.

At first, Schumann’s Abegg theme seemed to promise a return to an organic narrative. But Jumppanen masterfully emphasized the high-register notes in the variations, forcing me to perceive the narrative theme as threatened by derailment, slippage and loss of organic coherence. Jumppanen’s superb playing never denied Schumann’s distinctive Character, but reminded us of just how innovative and bold Schumann was, even in such an early piece.

Following the Schumann, Klavierstück XI seemed to develop Schumann’s latent boldness. The Stockhausen score consists of a single large sheet (Jumppanen joked about supporting it on the piano with a hi-tech piece of cardboard backing) with 19 musical fragments scattered across the page. Stockhausen instructs the performer to start anywhere, “the first that catches his eye; this he plays, choosing for himself the tempo …, dynamical level and type of attack.” Each fragment ends with instructions on how to play the next group after the performer “looks at random to any other group.” The piece itself ends “when a group is arrived at for the third time.” There are so many possible realizations of this work that they will never all be played – an instance of the Real being revealed by differences in the repetition. Jumppanen’s performance, lasting about 5 minutes, was majestic, a magnificent display of keyboard prowess. He evoked the grandeur of a hopeful future, in which a new Physics would bring new technologies and benefits. The character of the piece was aleatory, but the giving up of certainty sounded forceful and muscular.

After a short intermission, we heard Schumann’s Humoreske, Op. 20. In a clear break from Stockhausen’s futurism, Jumppanen gave us sweeping Schumann, bringing out every iota of emotional power in the piece. Exploiting the complex, even contradictory humors [officially there are but four] of the work, the performance shifted quicksilver-like from mania to depression, a kaleidoscopic mosaic of feelings and moods, the audience even interrupting with delighted applause at the pause that ends the frenetic Stretta before Jumppanen continued on to the uncontrollably beautiful concluding sections.

As Stockhausen specified that Klavierstück XI should be played twice, in different random configurations by design, the program concluded by returning to this piece. Or did it? This second realization was strikingly different, a whole new piece, irreducibly singular. This time it was emotionally expressive, mysterious and soulful, as if modified by the Eusebius portions of the Humoreske. It turned threatening, then became crushing, working into playfulness and then turning frankly frenetic, Florestan-like. What Jumppanen revealed was that Stockhausen’s flight into Physics and the Real masked an underlying magma of emotion and turbulence as chaotic as in Schumann. Suddenly, what the listener perceived as the inaudible inner voice of both composers was the shared fragmentation and compulsion, through music and repetition, to contain the threat of mania. Abandon all certainty, ye who enter here.

Comments Off on Schumann and Stockhausen by Jumppanen