There will be dueling directors at the Boston Camerata’s final season offering at Old West Church on April 25th. Anne Azéma and Joel Cohen, who have frequently shared the podium on the road, will be débuting their style of collaboration for Boston audiences in a program of rare and unusual musical repertoire from the pen of a Vermont renegade and rugged individualist. We had a few questions for Azéma and Cohen as they prepared for the performance.

BMint: We see that in your upcoming concert, “Lovely Vine: Jeremiah Ingalls and the American Folk Hymn,” there is a song called “The Devil’s Nine Questions.” So we’d like to play devil’s advocate for a moment and ask at least one of those questions: Why is an early-music ensemble disinterring a songbook published as late as 1805? And an American songbook, at that?

Anne Azéma (Artistic Director): It’s got a nineteenth century date, of course, but like so much early American music, from Billings to Shaker tunes to the Sacred Harp, it has deep roots in older traditions and practices that began in Europe. 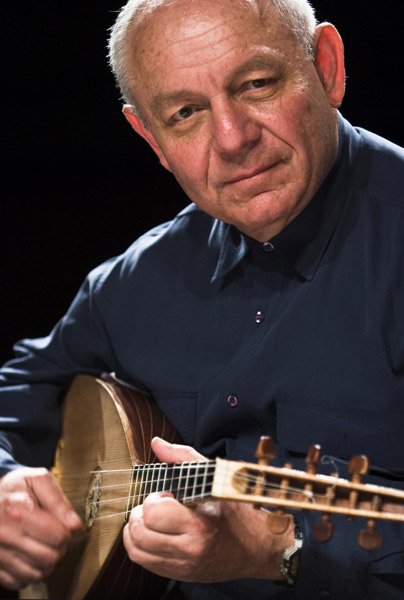 Joel Cohen (Music Director Emeritus): Among other things, in Ingalls’ book “The Christian Harmony,” there is a song called “Judgement Day” that turns out to be a version or variant of a twelfth century chant about the Last Judgement. And there is another, somewhat mournful piece called “Slow Traveller” that is a variant of a sixteenth century English Christmas carol about the slaughter of the Innocents. This now-rare song book—there is a precious, almost-intact copy in Boston, at the Harvard Musical Association – has a very old soul.

You discovered a really nice copy of the Ingalls volume at Harvard Musical Association, which, despite its library’s focus on European classical repertoire, does have substantial holdings of Americana. Is another collaboration with HMA likely for Camerata?

Anne Azéma: Joel and I are both in awe of HMA. By all means, let’s do more collaborative projects!

So your composer Jeremiah Ingalls was making trips from the hinterlands to Boston to research old manuscripts and copy the melodies just as you are doing now at HMA?

Joel Cohen: No, no, that’s not how it worked. I doubt that Jeremiah ever made it to Boston, although he did apparently get as far south as Exeter, New Hampshire, a few miles from where Anne Azéma and I live, to get his manuscript set into type.

He wasn’t a scholarly researcher. Jeremiah, who led the choir in church, was also a tavern keeper, and probably heard, and participated in, singing as part of his job! So his major source and inspiration for the older melodies is oral tradition.

These pieces I cite, and many others in his book, must have been tunes that made it over from England, preserved in peoples’ memories, sung and re-sung with variants, and then finally adapted, by Jeremiah, to musical notation. Other pieces he includes seem to come from then-current eighteenth century fiddle tunes and fife tunes. Studying his songbook is like taking a trip into the collective unconscious of early America; something like the river of memories in Finnegans Wake.

Anne Azéma: Working on the frontier between folksong and written-down music is something that the Camerata has been doing for years. Joel first led some pioneering concert programs and recordings in the 1970’s and by now it’s in our bloodstream. I began, and I continue, as a medievalist, but I have fallen in love as well with this New World repertoire.  I directed one of my own, recent Americana programs in eastern France a few months ago, and we managed to get local French choristers singing away as though they had grown up in Maine, or in Georgia.

Joel Cohen: It’s not just about America. Anne, for example, has worked a lot on popularizing elements in medieval French repertoires, and I on Jewish and Middle Eastern music, and the same kinds of dialogues, written down versus oral, are operative in those areas as well. There are worlds to be discovered out there!

Is this music in Jeremiah Ingalls’ songbook totally unknown? Has no one bothered with it until now?

Anne Azéma: Well, you might say that it hasn’t been very much on the radar of “official” musicology, although American music historians now frequently acknowledge Ingalls’ importance. People are more likely to hear about Boston composer William Billings, another American near-genius, but who worked in another, more urban vein than Jeremiah’s.

Nonetheless! Even though his name is not a household word, a portion of Ingalls’ music lives on, to this day, in shapenote songbooks like “The Sacred Harp” and others. When Joel and I were in residence a few years ago at the University of Tennessee, we travelled to the Smoky Mountains for an all-day sing in little village church. The mountain folk, abetted by a few city dwellers like us who had made the trek for the occasion, sang Jeremiah’s “Northfield” as though their lives, and their souls, depended on it. I believe, actually, that they sang it more than once. It’s their favorite piece.

Joel Cohen: Somewhere up in heaven, Jeremiah was happy that day.

What makes you so sure Jeremiah Ingalls is in heaven?

Joel Cohen: He probably made the cut. We figure that his enormous love of music had to overcome the, um, hanky panky. It was recently discovered that his move to a second Vermont town had to do with his inappropriate penchant for a lady in the church choir of town one. He was perhaps something of a rogue. On the other hand, by writing all this wonderful music down, he preserved a big piece of American musical history. English and European, too. We would be so much poorer without his work. That has to count a lot with the recording angel.

Here comes the devil again. Are you going to be “authentic?”

Anne Azéma: The one big challenge, of course, is that neither Jeremiah nor his friends and co-singers went to conservatory. It’s pioneer music, from a remoter, but also potentially deeper place than the concert hall. So, besides our wonderful Camerata soloists and instrumentalists, we have asked other singers and players to chime in—shapenote singers from the Boston area led by Tom Malone, fifers and drum from the Middlesex County Volunteers—to evoke the timbres and the tunes of New England churches taverns and training fields circa 1800.

Joel Cohen: And perhaps the most important recruits will be the audience. After the formal concert, anyone who wants can stay behind, and all together we’ll sing his hymns and fuguing tunes, eighteenth century crowd-sourcing style. Jeremiah lives! 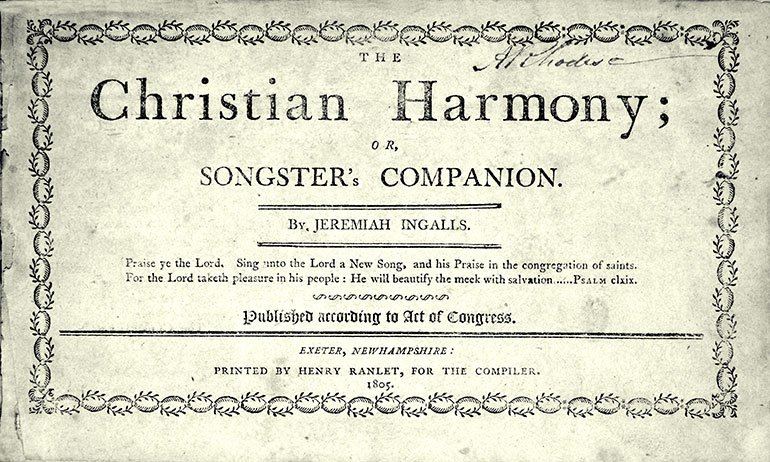