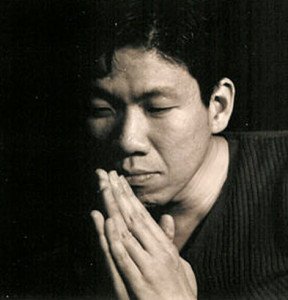 One of the more interesting hires at New England Conservatory in a long while adds a new, and coming, bright light to the piano department.

Meng-Chieh Liu trained at Curtis with Jorge Bolet, Eleanor Sokoloff, and Claude Frank. His masterly abilities as performer and teacher in both the solo and the chamber repertoires have since won him a loyal following and several enthusiastic reviews in these and other pages. After a first hearing, BMInt’s David Moran concluded: “to the short list of topmost interpreters [of Schubert]—meaning mature, profound, direct, not only technically immaculate—we now must add Meng-Chieh Liu. It felt like, I don’t know, discovering Murray Perahia decades ago.” BMInt’s Jim McDonald: “… one pianist I would want to hear playing in my home.” From San Francisco Heuwell Tircuit reported that the “playing was so flawless it is a tad embarrassing to report on it.”

Perhaps one of Liu’s important qualifications as a teacher is his recovery from near-fatal illness BMInt summary:

… in his early 20s in the mid-1990s, well into a stellar career [that] was brutally interrupted by a three-year ordeal of vasculitis (near-mortal debilitation and including cardiac arrests, chemotherapy, weight loss to 90 pounds, hand tendon surgeries with titanium nail implant, 100%-certain predictions of never playing again, grueling rehab”) which necessitated an almost complete relearning of technique.

Surviving such an ordeal and subsequently returning to performing at the highest level equips Liu to earn the respect of any suffering student, and allows him to set expectations extremely high.

Taking over the position being vacated by Hung-Kuan Chen, who leaves NEC for Juilliard, Liu was in town this week to audition students for the fall as well as to participate as part of James Buswell’s onstage family, to which he was welcomed in his new position during a fine faculty recital last night.

BMInt: How long have you kept this secret from us?

MCL: This has all happened very quickly. About three weeks ago, when it was announced that Hung-Kuan-Chen was being hired as a full-time professor at Juilliard, the NEC piano department contacted me and told me that because the school is already in the midst of auditions for next term, they need to hire a replacement very soon. They asked me to consider coming. It was a wonderful opportunity to be at a wonderful school in a wonderful city—it’s just a marvelous musical environment. I also have to say it’s an honor. I was really shocked, and while it all happened fast, it has been amazingly smooth.

Are you going to be taking on most of Hung-Kuan’s students?

Since I am going to be continuing as artistic director of Chicago Chamber Musicians, I don’t see myself having a very flexible schedule to come to Boston, so I will have to be extremely careful with my workload. I am trying to figure out with the audition process going on now how many people I will be able to take next year. Remember, I have to travel to three cities, because I will be continuing to teach at Curtis. NEC has been very accommodating and I am very struck by their sincerity.

Have you spent much time with Russell Sherman during this process?

It was his wife Wha Kyung Byun who initiated this whole process. I was very touched by her selflessness. She really cares deeply about the NEC piano department, and really put herself out there in naming someone she thought would be good for the school. And Mr. Sherman agreed 100%. Even though the process has been amazingly quick, I think I’ve met everybody in the department. It was fortuitous that I had already been scheduled to play at Gardner two weeks ago with the Borromeo and last night at Jordan Hall with James Buswell.

You’ve had very close connections in Boston not only through the Borromeos and James Buswell but through Cathy Chan and the Foundation for Chinese Performing Arts.

I’ve been teaching at Cathy’s Walnut Hill Summer Music Camps for over 10 years, and during that time I developed close connections with a lot of NEC faculty as well as the city of Boston. Since I’m interested in chamber music, not just piano, I’ve also met a lot of the string faculty, like Donald Weilerstein and Paul Biss, so it just seems natural for me to be here. I feel very welcome.

I hope that you’re going to still have time to play concerts for us.

Actually, maintaining my performing career remains a priority, and I told this specifically to the dean, that it’s extremely important I keep performing. And they were very happy with that, since part of what made me such a strong candidate was how my profile is showcased not just as a soloist but also as a chamber musician. I need to continue devoting a lot of my time to performing. I want my students to look to me and feel they are part of a performing tradition which can trace its pedigree back to the greats.

What do you look for in a student, and what sort of individual can you be most helpful to?

Of course I’m trying to stretch them into great communicative artists, but what I find in auditioning and teaching is that you have to choose students that you really care for. You have be able to relate to them emotionally to bring out the best in them. I’ve been doing that for many years and feel I’m very good at knowing what to look for. I especially need to see a level of commitment to visions of music and to the sense of serving the musical community. If a student doesn’t have that, it doesn’t matter how much you push them, they won’t ever become proactive in this community.

Are you saying that music is some sort of priesthood and you need your students to feel that calling?

Absolutely. Today we need to develop more musicians to spread the gospel of classical music. They need to believe that there is an art form to be preserved: they need to want to know that and share it. Though we are in difficult times in the field, classical music is still the most effective way to reach out to people.

For me, performing can be more effective than teaching. That’s why I need to find the balance between performing and teaching a group of students who can learn to do it on their own.

If you’re half as good a teacher as you are a performer, your students are going to be very lucky.