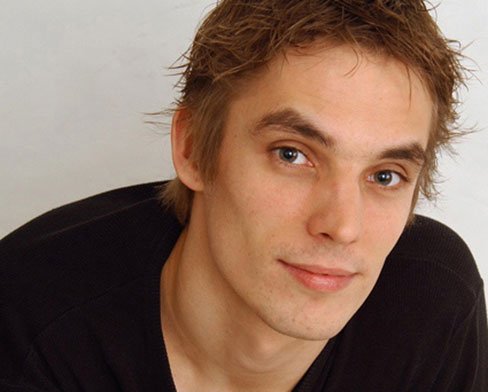 Midway through the Liszt, a single “Bravo” was heard from the fifth row at Pickman Hall, cutting into the silence following “Obermann’s Valley.” Still meditating at the Steinway concert grand, Cédric Tiberghien appeared undisturbed by such recognition that noticeably had come from deep within the listener. Sitting one seat away, I wondered had that really happened? I was even more surprised as I sat there in silence and began realizing how his uncommon yet genuine outpouring described, in one breath, my very own feelings.

The Liszt, Années de Pèlerinage–First Year: Switzerland, is long, nine tone poems lasting nearly an hour. At the head of the Obermann piece we read, “What do I want? What am I? What to ask of nature?…Every cause is invisible, every end deceptive; every form changes…” The still young Cédric Tiberghien thoroughly explored the piano with the mind of a melancholy individual, Obermann, living alone in a valley, realizing that feeling of what Liszt describes as “vagueness.”  Over and above that, Tiberghien addressed those questions, a dramatic narrative unfolded; fleeting moments alongside prolonged searching completely absorbed. While eliciting admiration for technical prowess, Tiberghien’s cavernous piano primarily played the role of storyteller, of tone painter possessing rare insight. The confined stereotyping of Liszt as virtually virtuoso stuff, here thoroughly dispelled.

No doubt that Cédric Tiberghien can be irresistible. I often imagined his fingers to be one or another of an instrument of a superb orchestra.

The same stands true for “Storm” where thumbs and pinkies must be ready for Liszt’s blasting volume and unforgivable velocity. This pianist roared and zipped up and down the eighty-eight, astonishing with power and speed. As one of Boston’s most experienced listeners, Gunther Schuller, put it, the ear has its limits on keeping up with fast-moving music. Another hat to throw into Tiberghien’s ring would be that, for me, while putting me to the test, he never exceeded my “speed limit.”

And about the roaring, the French ideal of clarity was never lost at this “Boston Recital Debut” presented by the Celebrity Series. I wonder how many in the packed hall enjoyed the huge rumbles of Steinway bass that very much resembled those of a modern-day pipe organ. On the other side, finesse figured into Tiberghien’s entire program. The faintest of watercolor-like hues appeared in the Debussy preludes, “Fireworks” and “The Engulfed Cathedral,” which were encores. The illusion of the cathedral receding back into the water that is the ending of this once most-played prelude as created by Tiberghien was one of distance, muted underwater sound. Ensuing sounds softened so much that the left hand became inaudible.

Messiaen-like percussive birdcalls sparked an otherwise overly probed “Sad Birds” from Miroirs of that French composer’s predecessor, Maurice Ravel. Looking at the bigger picture, momentum took a turn after intermission. The ever-changing moods of Liszt coupled with the big contrasts Tiberghien embraced ended up as an undeniable tour-de-force, but were unsustainable in Karol Szymanowski’s Masques as well as in the Miroirs.

That probing of Liszt became all too familiar the further we went into the Polish composer’s fairly lengthy trio of pieces. Dreaming, darting, dreaming, driving, drifting went on and on, a kind of stream-of-consciousness that offered only diminishing returns. The Ravel also shifts about but not at all to the degree that Masques does. Despite that, reaching the last of the five Ravel gems, “The Valley of the Bells,” the program’s dynamic level had significantly dissipated.

Those sitting to right of the piano had to miss out on much of seeing Tiberghien in action. Back to “Obermann,” at the prolonged rest, Tiberghien’s hands slowly glided silently from the lower register to the higher, where the piece would then continue. Those to the left could see only a thumb articulating a melodic line. Perhaps more could observe his pedaling. In one instance, I thought I saw him use the una corda—the third pedal that allows only one of the three strings of a note to sound—to assist in the release rather in the attack. Dressed in a grey suit, white shirt, and no tie, Tiberghien surprised by looking informal while playing masterfully; his is a compelling world of pianism and poetry.