Boston Baroque and their conductor Martin Pearlman invited their faithful to join them in Jordan Hall for a concert of music by Charpentier and Rameau. The second half featured the latter’s La Guirlande, a one-act ballet about love, true love, which brought us together last night.

The program opened with Charpentier’s Te Deum, H. 146 (c. 1692). Thought to celebrate Louis XIV’s military victory at Steenkerque, this work calls for trumpets and timpani and so is different from Charpentier’s five other settings of this text. The words open in an extended praise of God, before petitioning the divinity to gather the faithful servants and preserve the lineage of the devout. Implied in the text is a prayer for the heavenly repose of the fallen, and, throughout, the notion that God is always on “our” side. In Charpentier’s music these two aspects find expression. This is not music of jingoistic patriotism or sentimentalizing piety, but a curious combination of declamatory martial pomp and profound introspection. The Prélude, with brass and percussion, is a march, an announcement, a call for attention (and that is how it functions as the theme music for “Eurovision,” grabbing audience attention and rallying contestants, even if that recording proceeds at a slightly slower tempo than Pearlman’s). Even in this opening theme we hear the second characteristic of this music, played by string and winds alone. So, bifurcated music:  Charpentier encapsulates complex and conflicting emotions in a twenty-minute musical reality. As we expect from Boston Baroque, this was a historically-informed performance, filled with the unequal notes and ornamentation that are hallmarks of French baroque style. There remained a bifurcation of styles here, which I wish greater collaboration had resolved:  while the instrumentalists used a more restrained vibrato, or eschewed it entirely, not all singers did. Andrew Garland sang the bass solo (Te Deum laudamus) with more vibrato than Amanda Forsyth, in her Dessus I solo (Te ergo quaesumus). Similarly in the trio sections the singing styles were split. Brenna Wells gave a beautifully nuanced performance of the Dessus II solo later in the work, singing with a refinement and subtlety that matched the musical style perfectly. Among the other small ensemble singers, Jason Wang stood out for his clear, rounded voice. While the composition as a whole is an amalgam, there were thrilling moments and exquisite performances in this Te Deum.

To round out the first half and link the two major pieces, Pearlman culled an orchestral suite from Rameau’s operas. Combining the Overture from Zaïs, pairs of menuets from Platée and Zoroastre, and the Chaconne from Les Indes galantes, this programming choice highlighted Rameau’s genius as orchestrator. The individual movements were interesting, but as a suite this selection is something like occasional music bridging the Te Deum and La Guirlande. Still, it was a pleasure to hear Rameau the instrumental composer. The Overture from Zaïs (1748) depicting primordial chaos and the creation of an ordered universe may be a response to Jean-Féry Rebel’s, Le Cahos (1737), where musical keys clash across the ensemble. From solo drum to disparate snippets of music, Rameau builds to a fast-paced theme establishes the tonal center and flirts with the ordered world of a fugue. I found this vite section a bit too fast, so the sound in the hall was more chaotic than ordered, breaking the creationist narrative of the overture. The Platée menuets used the string section to impersonate a musette, or French bag-pipe; these dances were stylized and courtly even as they exercised the charm of hearing sounds typically deemed out of place in the rarefied sphere of noble dance. The menuets from Zoroastre were pastoral in character and this pair exhibited a stronger contrast between Menuet I & II; the second, especially, implied strong emotion barely mastered, which is not something normally associated with French baroque music. The Chaconne, like Charpentier’s Te Deum, is also twofold:  formally innovative, this is narrative music which changes as it progresses in order to tell a story, and so defies expectations. The stylized and introspective opening turns martial with the addition of brass and timpani, continuing in a style of pomp associated with public music, before turning again; this shift in character, which mirrors the narrative of the opera, makes for music that can be difficult to grasp when performed on its own in a concert setting. This performance was an occasion to focus exclusively on that which Rameau wrought, full of innovative transitions, and a rich palette of colors and instrument combinations. 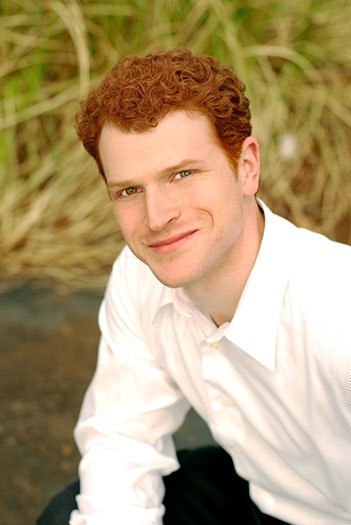 Following intermission we heard a concert version of Rameau’s one-act La Guirlande, ou Les fleurs enchantée (1751). This Acte de ballet tells, in Marmontel’s libretto, the story of a shepherd, Myrtil, and a shepherdess, Zélide, who pledged their love to one another and, as a sign of their faithful devotion, have each an undying garland of flowers. Myrtil’s glanced at another, his crown faded, and he prays Cupid restore it. Zélide spurns the advances of Hylas, remaining true to her beloved. Zélide finds Myrtil’s garland, realizes (and overhears) what happens, so substitutes her fresh flowers for his withered ones, then tells him she has been unfaithful, showing her circlet of dried flowers (which was once Myrtil’s, now presented as her own). When Myrtil forgives Zélide, Cupid does restore the desiccated flora to its former glory; the lovers are reunited and all ends happily. Lawrence Wiliford, haute-contre, sang Myrtil with a wonderfully expressive voice and a refined historical sensibility that married perfectly to this role.  Forsythe sang Zélide with a freshness and directness worthy of the shepherdess. Garland brought an oleaginous quality to Hylas which made us all rejoice in his plaint being spurned. The tale may verge on the vapid, but the music is delightful and this was a performance filled with verve and joy.

Cashman Kerr Prince, trained in Classics and Comparative Literature, is now a Visiting Scholar in the Department of Classical Studies at Wellesley College.  He is also a cellist of some accomplishment, currently playing with the Brookline Symphony Orchestra.

Comments Off on A French Valentine from Boston Baroque