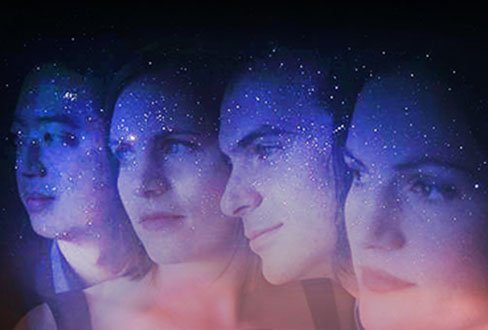 OMG, does this golden age for string quartets ever continue. The most impressive playing—blend, intonation, ensemble, lightness, digging, alert rhythm, power—is everywhere available. Beethoven’s 16 quartets, the highest exam and rightly exalted, may likewise be appreciated, live or later, idly or attentively, almost every time you turn around. A year ago WQXR featured a Beethoven marathon played by some 10 working quartets, and while it was easy to tell the pros (aplomb, confidence, on-with-it approach) from the less experienced, there was simply no bad or weak playing to be found, bad or weak in almost any sense of the words. We may be spoiled by recordings, permitting us to consume at will the most difficult and profound Beethoven expertly played, but as with pianism today, string quartet excellence live is largely indistinguishable from recordings.

And thus I found myself again surprised/unsurprised at last Friday’s Beethoven-cycle opening recital by the Jupiter Quartet at MIT’s Kresge Auditorium. The American foursome, teaching at U-Illinois, resident at Oberlin and Adelphi and now MIT, comprises two Freivogel sisters, violinist Megan and violist Liz, cellist Daniel McDonough (Meg’s husband), and indy violinist Nelson Lee. They programed the last of the early quartets, the third of the middle, and first of the late.

Yup, the Jupiter Quartet is really very good. The players could maybe stand to slow down sometimes; several passages sounded just too fast, from the opening of 18/6 on. Not in the often driven, tense-intense Emerson Quartet style, but simply rushed. Rarely, they had to slow a touch when a loud hard ensemble passage lay immediately ahead: the usual emergency rubato. Sometimes they do look driven, in the modern post-Age of Anxiety style. (Don’t forget to align with Mars, you guys.) But generally every time I thought of some negative characterization, disproof appeared after only a couple more pages of music, and the Jupiter almost never wound up consistently doing what I tentatively predicted. Did they lack a certain crispness and emphasis? No, aha, there it was. Did they need more loving, caressing, and roundedness in this early Beethoven; was it unmeaty, lacking long-enough dwells? No, heft soon made its presence felt, and later in spades. Did they ever favor that ‘luscious vehement overprojected’ quality of so many American ensembles, as one critic friend puts it, ‘always making a point’, as another says? Oh, no, mostly they let this complex music unspool naturally. Their name misleads; they are not big, not overmuscled. And how about bathing in rich, fatiguing, samy string sonorities? Okay, there was some of that, though not nearly as much as with many of the bigger brand names.

The 18/6 third movement Scherzo is ornery like you know whom, meaning, you want sneaky Haydn? I’ll show you sneakiness a la Haydn, and much more. The 18/6 last movement, two actually, La Malinconia: Adagio; then Allegretto quasi allegro, positively glowed.

The Jupiter enjoy one another, with more than the usual darting glances, ace cellist McDonough leading the way, swiveling his head (all the time, it seemed, for some passages) with the snap of a locked-in athlete. (Check it out here.)

The concert began nicely late, and even with that, it was a collegiate audience, with more trickling in after every movement of the first work. This wound up being okay, as there was applause after every movement too, continuing through 59/3. Those who find such authentic spontaneity charming, harkening back to olden days, and welcome it as a favorable augury for modern classical reception, should’ve been there to decide.

More messaging from LvB: You think the opening of Mozart’s Dissonant Quartet is surpassing strange and looks forward two centuries? I’ll show you the same, and more, in my opening of 59/3. The ensuing Allegro felt too vivace, yet the staccatos of the Andante con moto and the closing Menuetto grazioso and Allegro molto deserved and received nothing but exclamation points.

Opus 127 got Jupiter down to earth, for a probing presentation of the deepest, richest musical thinking and construction, with meanings hardly to be expressed in words. Beethoven’s presaging continues: In my Adagio, you want Dvorak? I’ll give you that, with variations of the most complex rhythmic and harmonic subtleties. Much sooner than Dvorak, the Scherzando looks explicitly ahead to my crazed Grosse Fuge. It’s a draft.

For Opus 127 there was no applause between movements, the audience constantly rapt. After the Finale all erupted.

A local top quartet violinist has mentioned that the Jupiter are among the brainier string quartets, implying scholarship, so I must bring up for discussion the following issue: How did they rhythmically handle that famously brief Maestoso opening of Opus 127? Michael Steinberg’s amazing book on the quartets (maybe the best example I know of how to write clearly and interestingly about anything complicated) puts it drolly: ‘For some reason these four measures seem totally to confound most quartet players rhythmically. I have heard … almost never a performance from which, if I did not know it already, I could infer what Beethoven actually wrote’.  (Crib sheet: in 2/4, and with the score’s sf accents capped and staccatos italicized, it goes ONE-and-two-and / one-AND-two-and / ONE-and-two-and / one-AND-two-and / ONE-and-two-and / ONE ….) It more often is done broadly, sounding conventional, as dotted quarter + eighth, or as 3/8. I cannot swear Jupiter did it broadly and conventionally, but it certainly sounded so to me. Can it be? Before and after the concert I reauditioned those measures with my favorite known-reliable groups, Yale, Busch, Tokyo, Orion (I couldn’t find online versions by Pacifica and Borromeo). I remain somewhat confused, or at least not entirely satisfied, seeing the problem perhaps as a chamber music friend puts it: ‘I’ve never decided whether most quartets don’t, or if there’s just no playing it such that a listener without knowledge of the score would be likely to discern the rhythm properly.’ Granted, Beethoven’s rhythmic trickery here isn’t stark like those six big strokes a few minutes into that other E-flat summit, the Eroica (count those out sometime with the 3/4, for fun). But still. A pity this opening seems to have gone the way of the ultra-famous (and)-two-and-ONE opening of the Fifth Symphony, which almost all conductors do wrongly as one-two-three-FOUR.

So please explain, if you know, how the Jupiter did the 127 opening; also acquire and read for pleasure the Steinberg book (called the Beethoven Quartet Companion, and note that his name appears nowhere on the cover; it includes historical essays); and do not miss the 2014 installments at MIT, March 7 and April 5.

Comments Off on New Planet Observed at MIT